Google wants to be the thread that ties together the smart home world. At CES 2016, companies are announcing their first plans to use Google’s new IoT (Internet of Things) platform and language, Brillo and Weave, which were announced last March.

The details are still basic, but soon enough they could be connecting the many different bits of our home. 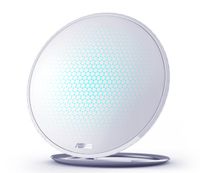 That’s not much, but it’s still early in CES week. We’ll likely see a lot more announcements concerning Brillo and Weave over the next several days — and those should get a bit more interesting, bringing the platform to more common home appliances.

Last year at CES, we saw the first set of products that connect with Apple’s HomeKit. This year, it looks Brillo and Weave will be doing the same thing.

Undo Send an e-mail on Gmail